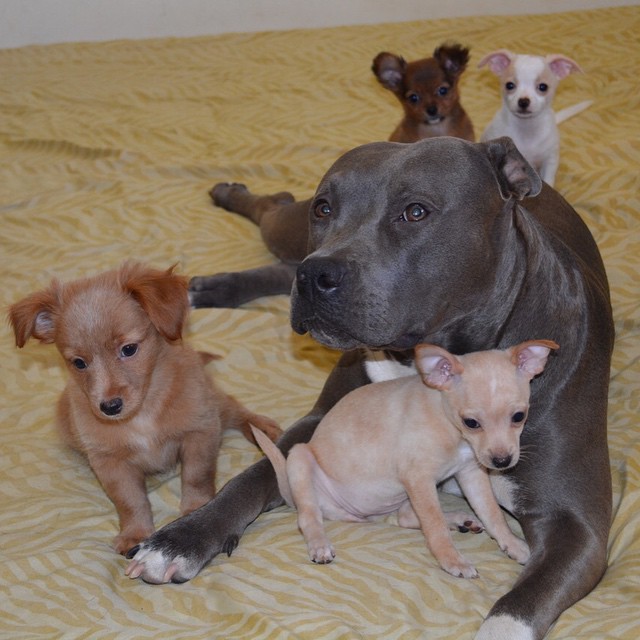 Y’ALL, I’M A PIT BULL TRYING TO BE A CHIHUAHUA

And no, I don’t mean that great episode of Billy on the Street where Amy Poehler wears a Pitbull mask.

I mean, last night I dreamt I got two puppies and one grew into a beautiful brown pit bull and the other one grew into a blonde chihuahua and the pit bull thought he was the same size as the chihuahua and so of course hijinks ensued. The thing is, I AM the goddamn pit bull. I forget who I am all the time, and when I do, I try to make myself smaller, but I bump into things all the same. I don’t fit where chihuahuas fit for crying out loud! I’m bruising my own damn self and wondering why the world is so cruel.

Time to cut that shit OUT.

Also: it’s 2017. The inauguration of our hellspawn leader is around the corner. I’m putting the finishing touches on an essay about why we should save public education, and temperatures in Savannah were 10 degrees above average this week. But what does that have to do with the price of ice in Greenland?

I digress. Look, I know you subscribe to this thing for links, not my personal pep-talks / mental meanderings, but sometimes you get the content LJ has, not the content you might want or wish LJ had at a later time.

That said, here’s a little of your usual best of the web:

The linguistic overlap of color theory and racism
What Git Hub did to kill its trolls
One man’s quest to change the way we die
Type designer, William Addison Dwiggins
The Man in the Gray Flannel Suit (1956), FULL MOVIE on youtube
Civil War photos
NASA’s interactive weather satellite viewer

We’ll be back to our regularly scheduled programming in a jiffy. In the meantime, stay dry out there.