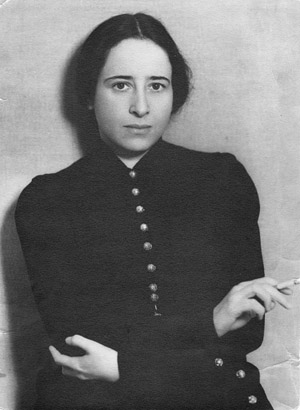 The Heart Knows More Than the Mind Can Tell

“The imperialist-minded businessman, whom the stars annoyed because he could not annex them, realized that power organized for its own sake would beget more power. When the accumulation of capital had reached its natural, national limits, the bourgeoisie understood that only with an “expansion is everything” ideology, and only with a corresponding power-accumulating process, would it be possible to set the old motor into motion again. At the same moment, however, when it seemed as though the true principle of perpetual motion had been discovered, the specifically optimistic mood of the progress ideology was shaken. Not that anybody began to doubt the irresistibility of the process itself, but many people began to see what had frightened Cecil Rhodes: that the human condition and the limitations of the globe were a serious obstacle to a process that was unable to stop and to stabilize, and could therefore only begin a series of destructive catastrophes once it had reached its limits.

“In the imperialistic epoch a philosophy of power became the philosophy of the elite, who quickly discovered and were quite ready to admit that the thirst for power could be quenched only through destruction. This was the essential cause of their nihilism (especially conspicuous in France at the turn, and in Germany in the twenties, of [the last] century) which replaced the superstition of progress with the equally vulgar superstition of doom, and preached automatic annihilation with the same enthusiasm that the fanatics of automatic progress had preached the irresistibility of economic laws.”

— Hannah Arendt, The Origins of Totalitarianism

INTERESTING TIMES
Power to the People: A Syrian Experiment in Democracy
Hannah Arendt, The Origins of Totalitarianism
Apocalypse whatever: the making of a racist, sexist, religion of nihilism on 4Chan
The Iago Problem
The untold story of Napoleaon Hill: the greatest self-help scammer of all time

HOLIDAZE
What to do if your boyfriend proposes on Christmas Eve
43 vintage snapshots of women next to Christmas trees, 1950s-1960s
Lighting the World’s Largest Menorah in Grand Army Plaza, Brooklyn, New York
1200 ghosts, a Christmas Carol in Supercut
Jingle cats: rockin around the Christmas cats
Dear 2016, I made you this ornament: it is a dumpster fire
An AI wrote a Christmas carol and it is CREEEPY
Dumpster Fire tree decoration
Misconceptions and misunderstandings of Eid Milad un Nabi
Norwegian Yule
Pagan costumes worn at winter celebrations around the world

COOLER THAN BEING COOL
195 Lewis: new series about being black, queer and polyamorous
Where do people say that?
Studio of the Vanities
Do you use Crisco?
Portraits of lonely cars in 1970s New York