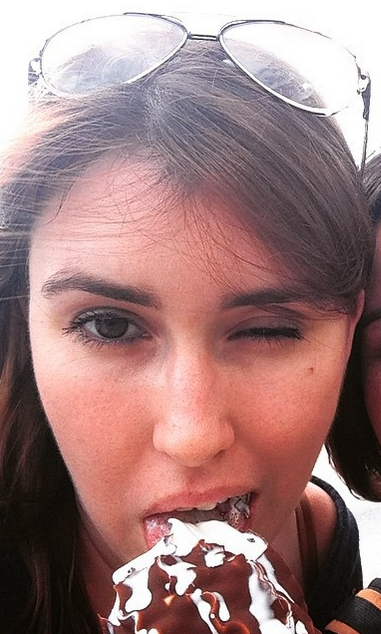 This is a repost of a facebook status I shared with my friends and peers. Sharing here for the rest of my online community. —LJ

Little known fact: after I had applied to grad school, I found a little art deco theater for sale in Blackwell, Oklahoma for just $10K and I was considering purchasing it, renovating it, and running it. Dave was in on the idea. It would have been a small town, big art dream kind of thing. Then I found out I had been admitted to two of my top choice graduate schools for writing. I chose Columbia and my life took a very different turn.

I got divorced. I built a life in the Big Apple.

I keep thinking about how the last few years in New York gave me so much space to settle into my skin and get to know myself in a way I hadn’t previously been able. I chased another dream–starting StoryWoolf–and while that dream hasn’t died (if you could only see how far we’ve come!), it has attenuated to the point of my not being able to count on it launching on a specific timeline. I wrote a book that wasn’t very good. I’m working on another one that may or may not be very good. Victoria Davis and I started a podcast about love and sex and dating in the city and a bunch of people thought it was awesome. I fell in love with a lot of amazing people. I lived intensely and with great verve.

And then I left the city, because I no longer felt like I was using the city to achieve my goals. I felt like the city was using me. The end result of those years was not a culmination to great achievement, but the accumulation of a great deal of debt. I am living in a place now where I am working to pay down my financial obligations, while daily feeling like I have to navigate giving up everything I learned about myself, just so the wheels will grind a little easier.

It is hard. It is hard to stand on the other side of a decade and know, personally, that you have so much to show for it, but also know, superficially, it looks like you made all the wrong decisions. None of the things I began are what you could call “done.” I am still in media res. Whether those seeds I planted in StoryWoolf, in my writing, in the people I adore/adored, come to any fruition, won’t be evident for another ten years. I think some people in my life feel like I am back on track because I have a steady day job again, because I look more “settled” than I have in a while. But I feel very much like I am living a lie. Those things I do that look settled are an ill-fitting costume I wear so I can keep doing everything else I’ve already been doing.

It’s a long, slow grind. I have committed to my work and ambitions the way that I suspect other people commit to a person. I’m in this writing life, this wanting-to-create-something-that-never-existed life for the long haul. I have fellow travelers. Kevin is seeing StoryWoolf through. Tye is similarly oriented towards the long-game when it comes to art, writing, the creative life. The numerous women in my life (THERE ARE SO MANY OF YOU I CAN’T NAME YOU ALL — if you suspect you are one of these, know that you are) who are also grinding it out, building something new and great without recognition or thanks, are constant inspirations to me.

The point of this whole thing is that I wake up some mornings and I want to scream because I hate the costume I have to wear to get by SO MUCH. I feel disgusting. I feel demoralized. I feel like a drowning bird. I know there are a lot of people who feel similarly.

Facebook is a lot about milestones and excitement around happy news, but the reality is closer to this daily up and down. Everyone I know in comedy, in film, in writing, in acting, in any of the creative arts, has to endure years and decades of other people thinking they are a fuck-up, just so someday someone will finally acknowledge what they’ve been all along. It is weird. It’s like the longest hazing ritual of all time. Our culture only loves non-conformists after they’ve been brutalized and endured constant rejection and have the scars to show for it. Granted: years of constant brutalization and rejection will do something to you. Sometimes it makes you better, but sometimes it makes you worse. I am of the belief that going off and thinking hard, taking time outs and working on your craft with only select input from your mentors, is much more productive to getting “better” than going through all this hard-knock hurting. I dislike the way our cultural romanticizes abuse in the service of [name X goal]. That’s just a shill to keep the kids who aren’t rich or privileged from giving up. And so we don’t give up. But it doesn’t mean we like abuse.

Anyway, shout-out to everyone else who is first, and foremost, in love with their dreams. I see you. I see you succeeding and I am so happy for you. And I see you reaching for more. I am preaching to myself as much as anyone. This is not the end. This is probably not even the middle. I have a feeling most of us are still at the beginning, and I am telling myself as much as you: that’s okay.

Image credit = Yvonne Woon (cropped out for privacy!) took this picture of me/us.
Pro-tip: email subscribers click headline for pic of me winking and generally trying to convey a sentiment of “you got this.”

2 thoughts on “Hang in There”