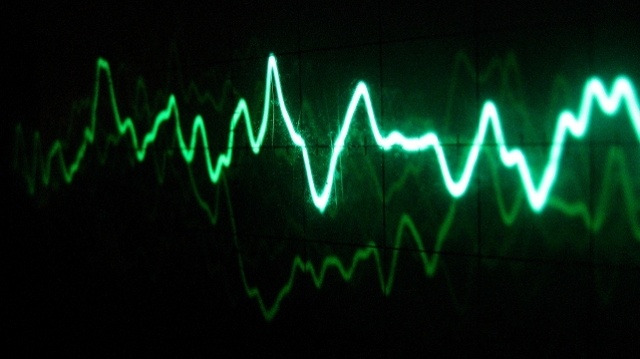 Who Will Be Heard?

This morning I read an internet post in which someone tried to argue we did not put Buzz Aldrin or Neil Armstrong on the moon because no wreckage from Malaysia Airlines Flight 370 had been found. No, really. And that got me thinking: the internet is becoming an echo chamber of fools, with branded channels to provide a pseudo-respite from the cacophony. The big channels have become like cable networks, each with its own target demographic, anxieties and aspirations, ad buys and media. I click around and around and around. I find the channels that interest me. Sometimes—and when it happens, it feels like magic—I stumble on a piece of treasure in the midst of the mess, and I want to share.

Fundamentally, I believe in the democratization of information, but I would be willfully blind if I did not acknowledge the need for curation in the chaos. Play every sound at once and you get static. The fact is, the more voices there are, the more we need unique voices. But that’s where the role of gatekeepers becomes tricky. Which voices get amplified?

I ask that question out of time. You can find the answer for the past in the historical record and in your memory/knowledge of who the greats of history have been. That many of the greats come from one or two demographic groups is evidence of what cultural obstacles prevented other groups from rising and/or from being remembered. For the present, the answer is in the surveys, like VIDA count, that keep track of who gets heard. But I ask that question out of time because I am obsessed with how we define the criteria for amplification. I think we want to believe in a meritocracy, where everything of quality gets the loudest signal, but a cursory survey of viral content or even who is given a platform on the networks and big internet channels belies this belief. Instead, the looking glass is ever-pointed at our values. The things we find funny are tainted by our taboos. The people we trust as authorities fit our cultural biases of what an authority looks and sounds like. The celebrities we watch and follow are the gods and goddesses of our inadequacies. The outrage we perform is rooted in what we hold sacred and inviolable.

Watching the media of other countries gives an equally salient experience of what any given country holds dear. So I wonder: what would a gatekeeper look and sound like, that did not have these cultural blindnesses? Would it have a perspective? Is it even possible for quality to be a perspective, outside of a culture’s definition of what quality is? The work that people do, presently, to have more women and minorities heard, is often characterized as giving a more diverse swath of quality voices a platform—but I think too, if not moreso, this work is about changing what our culture considers quality and by extension, what our culture values.

That scares the hell out of the people who could, in the past, take for granted that their voices would be valued and amplified. They know instinctively that we can only hear so much, read so much, watch so much, and they resent the new competition. The echo chamber of fools is full of these angry anonymous, shouting desperately to be heard. They don’t want the criteria to change. They don’t want the values to shift. And much to their chagrin, they are becoming the noise. I say that confidently, even as the noise has its own Presidential candidate.  Fundamentalism, religious or secular, is a sign of the shifting, a response to the changes already happening. It doesn’t mean a new epoch has begun, but it does mean we are living in a transition. For what it’s worth, I hope we come out the other side with new definitions, values and a more inclusive culture that is also reflected in our media and by our gatekeepers. But there’s no guarantee. The signal is vacillating. Who will be heard?

POLITIK
Only 9% of America chose Trump and Clinton: A lesson in American democracy
From Reagan to Trump